“I was born into a bachelor’s degree in business and money management,” Kenny jokes.

Born to make money, Kenny began purchasing stocks at age 13. By senior year in high school he had already created his first successful “business” selling food and drinks on campus to raise funds for a local homeless shelter.

“Supply and demand, labor, profit margins, logistics, diversifying my portfolio, marketing, I did it all without realizing it,” Kenny said.

After purchasing snacks and Gatorade in bulk and enlisting his friends to make musubi (in exchange for snacks) he opened up shop and profited $2000 in two weeks to donate to the Institute of Human Services.

It was money that got Kenny into business, but his mom that got him into cooking. As a baby, his high chair was always positioned in the kitchen to watch his mom cook. He’d beg to go to K-Mart where he would run to the kitchen aisle grabbing spatulas and sauté pans so that he could cook too. In a summer school cooking class, he brought his creations – such as chocolate chip cookies or fried rice – home instead of enjoying them with the other kids.

“I saved it for my mom, so she could taste it and tell me how good it was,” Kenny said. “I started cooking because it made my mother smile.”

After high school Kenny headed straight to culinary school at Kapiolani Community College where he represented the school in regional and national culinary competitions and excelled in business.

“When I was in school, I was a professional loser,” Kenny said.  “A ‘professional’ is defined as someone who gets paid for what they do. I entered every contest and competition possible and lost every single one, but still got prize money for second place.”

Kenny recalled that the toughest one involved tournéeing (turning) apples – the French knife technique of cutting vegetables into seven-sided oblong shapes. Not enjoying being bad at things, he asked the chef to order him a case of apples and practiced until he was able to do a 10-minute test in a minute thirty.

Throughout school Kenny worked his way up in the industry from washing dishes and working the fry/salad station at JJ Dolans to working for Sam Choy, Chef Chai and Top of Waikiki.

Reflecting on his time at Sam Choy’s, Kenny said: “I knew nothing. I did what I was told. I worked full time as a prep cook and on the salad/sandwich station. I had no schedule.  At the end of the day, I’d ask the chef when to come back. I always said yes to whenever the next day was.  The kitchen was grimy–50 foot ceilings, huge, it smelled unique. The dining room had a huge boat in it with seating, I rubbed elbows with cooks who have done jail time, older Filipino uncles, crazy dishwashers. It was great. I loved it.”

When the owners of Senia announced the restaurant’s opening, Kenny’s culinary school mentor Jason Peel referred him to Chris Kajioka. Kenny got hired, dropped out of culinary school and went to work for Michelin star chefs Kajioka and Anthony Rush. It was here where he learned speed and efficiency, met his new brother (and future business partner) Harrison Ines and developed his signature dish – Adobo Fried Chicken – during the nights he cooked staff meal.

However, when his mom’s restaurant in Kaimuki started suffering, he sacrificed his big league training to help. With gains acquired from his stocks, the experience he had been training his whole life for, and an M.O. of “think slow, act fast” Kenny quickly flipped the restaurant, hired his mom as a server and in two weeks, at the age of 24, he opened his first restaurant: XO. Three years after that he opened his second restaurant: AV.

Skilled at breaking the mold of how restaurants “should” operate, Kenny maintains that the most important thing to him is taking care of his staff and running his businesses as efficiently as possible. He promotes within, offers competitive wages, crosstrains everyone to work both back and front of house and eliminates all forms of waste, whether time or ingredients. The goal is to keep opening restaurants, so the staff can continue to grow and he can take care of more people.

“I feel it’s the duty of people who are in the position to help others move up into a place of stability,” he said.

In his spare time he keeps a careful eye on his stocks, conquers video games and spends time with the love of his life, Lilly. 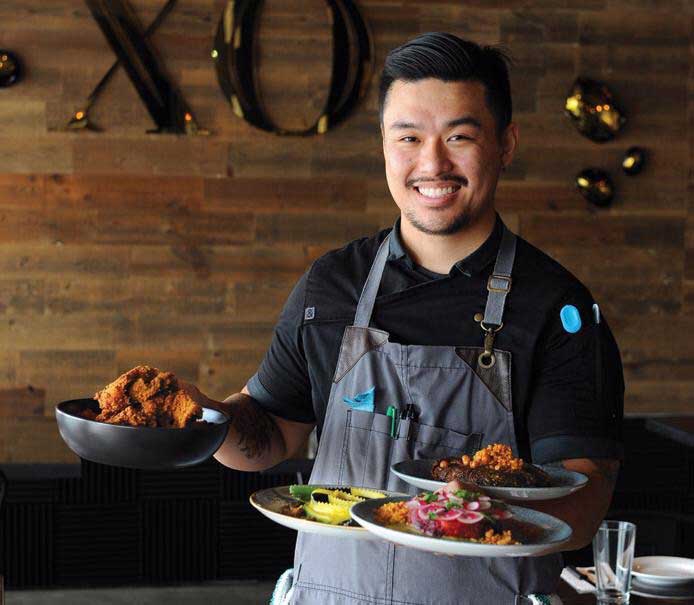 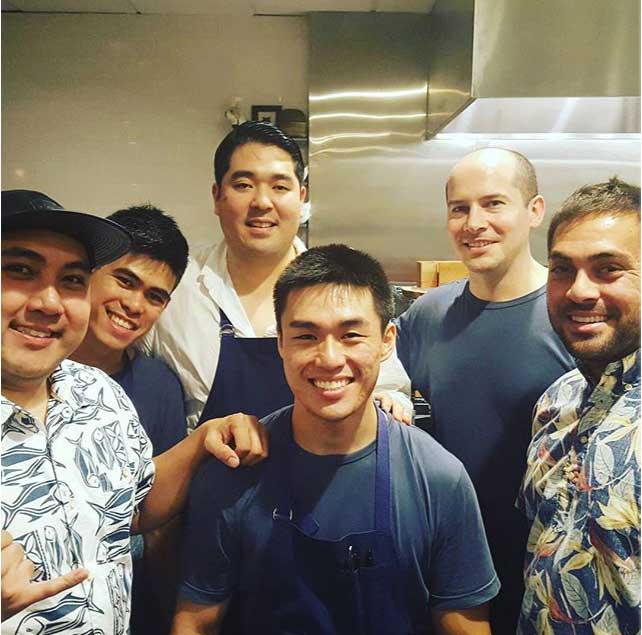 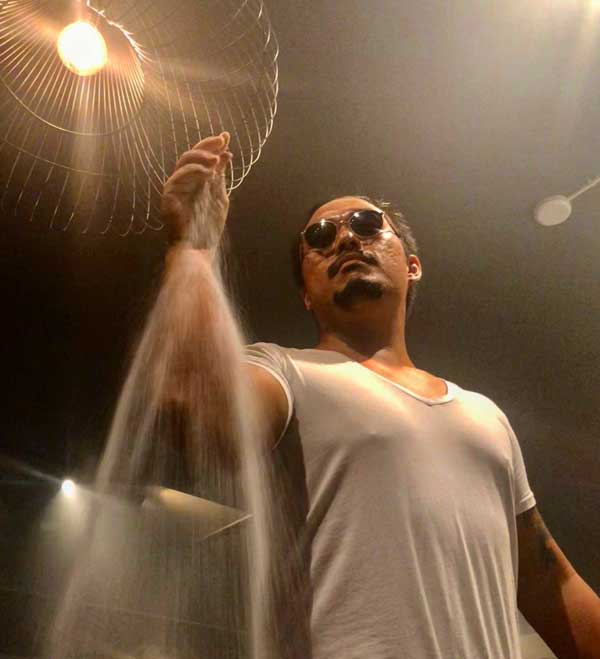